TIM showed improved performance in Campania, taking the lead for both download speeds and latency, however Vodafone’s rank improvements across the country has put it at the top of our “excellent” consistent quality metric for Italy, averaging 76.9% nationwide. 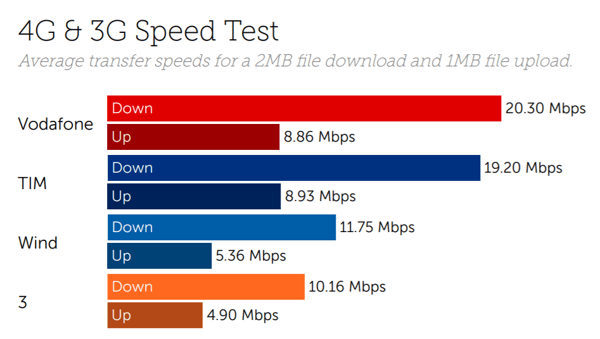 With an average delay of 23.4 ms, Vodafone also take the lead for the fastest average latency. TIM’s average score of 25.0 ms isn’t far behind, and its result of 56.7 ms shows better performance than Vodafone for 3G only. Similar with our download speed results, TIM also inch ahead in Campania with an average result of 26.3 ms compared with Vodafone’s 26.8 ms.

Our findings for May are based on 36.1 billion network quality measurements including 3.85 million speed tests between February and April. Our latest complimentary Mobile Experience Report is available to download from the Tutela Insights portal.