Bell is the quickest mobile network across Canada

As reported last month in Mobilesyrup, our results for the last quarter show Bell top our download speed chart, averaging 16.53Mbps across both 4G and 3G, closely followed by Telus.

However when we drill down to the specific regions, we see Rogers actually perform fastest on 4G in both Alberta and British Columbia, similar to our findings from our March report. 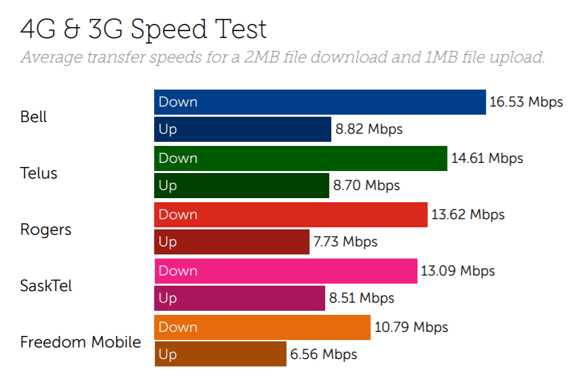 Bell also lead our latency results across the whole of Canada. However we see similar differences regionally with Telus topping our findings in Ontario and Freedom Mobile taking the lead in both Alberta & British Columbia.

Whilst IDC Canada have predicted strong growth over the next four years for new wireless subscriptions, it doesn’t appear to be enough for Freedom Mobile to reach their goal of reaching “millions and millions and millions of subscribers,” although earlier this month, Freedom Mobile’s parent company, Shaw, did announce they have successfully run their first 5G trial in Calgary, appearing to make significant headway with the new technology.

SaskTel perform well in their provinces and we see Rogers take the lead in Alberta for network stability with the lowest overall figures for jitter and packet loss. 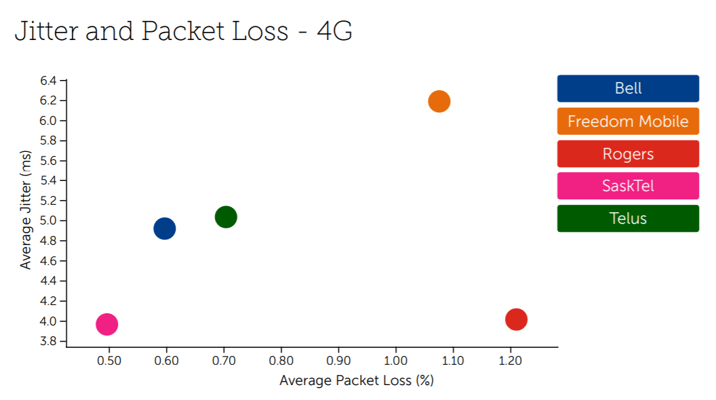 Our findings for Canada are based on 2.89 billion network quality measurements including 213 thousand speed tests between February and April 2018. Our latest complimentary Mobile Experience Report is available to download from the Tutela Insights portal.