Analysis of over 48 million records in the last three months of 2017 reveals that the EE network is providing superior combined speeds across 3G and 4G networks compared to its competitors. EE registered 15.6 Mbps significantly ahead of second-placed Vodafone which notched 11.4 Mbps. 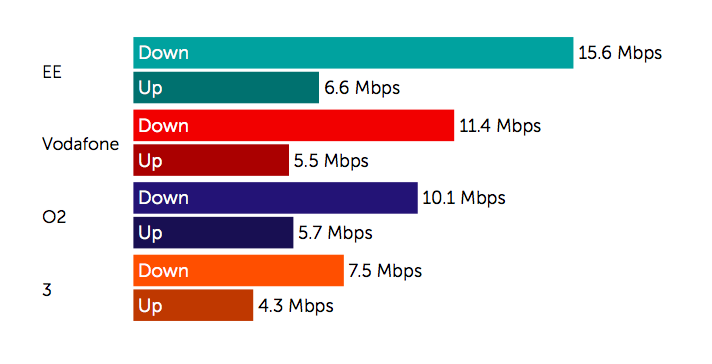 When looking at a combination of speed, jitter, latency and packet loss EE also provided the best overall quality suggesting EE network users are benefiting from better performance than other networks. In contrast, the three network suffered from relatively high latency, jitter and packet loss.