With 5G networks now commercially deployed by all four UK operators, talk of shutting off legacy 3G networks is intensifying. While 4G technology is (relatively) close in spectral efficiency to 5G, 3G networks do not make the most efficient use of the valuable spectrum they occupy.

But while 3G might be an older technology, 3G networks are far from useless for UK consumers. In fact, 3G is faster than 4G in some places, largely due to congestion on the 4G network.

To examine this, we used Tutela Explorer, a platform that allows for the analysis and visualization of billions of records in real-time, to find the areas of the UK where Three's 3G network is faster than their 4G network. 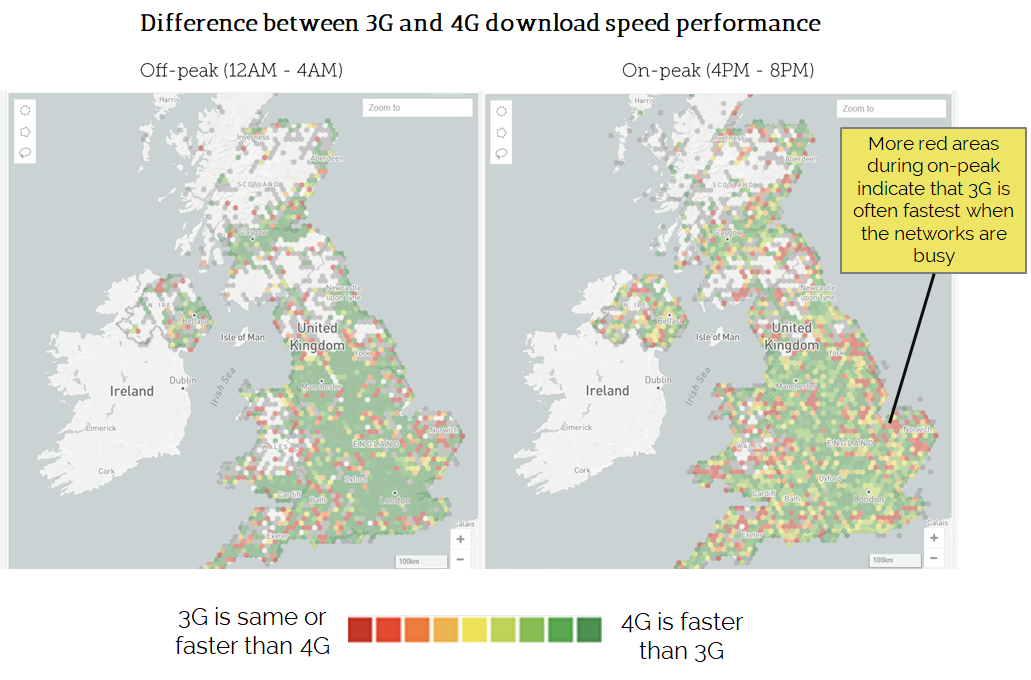 To illustrate how network congestion slows the 4G network down more than the 3G network, we’ve dynamically filtered each map to show on-peak and off-peak performance. Significantly more areas have a faster 3G network during on-peak times, when the 4G network is most heavily loaded. Since the vast majority of UK consumers have 4G-capable smartphones, more users are on the 4G network, which leads to congestion issues.

To see this in more detail, we looked specifically at Waterloo station — one of the UK’s busiest rail stations — during the evening rush hour, when the 4G network is under the most severe load. 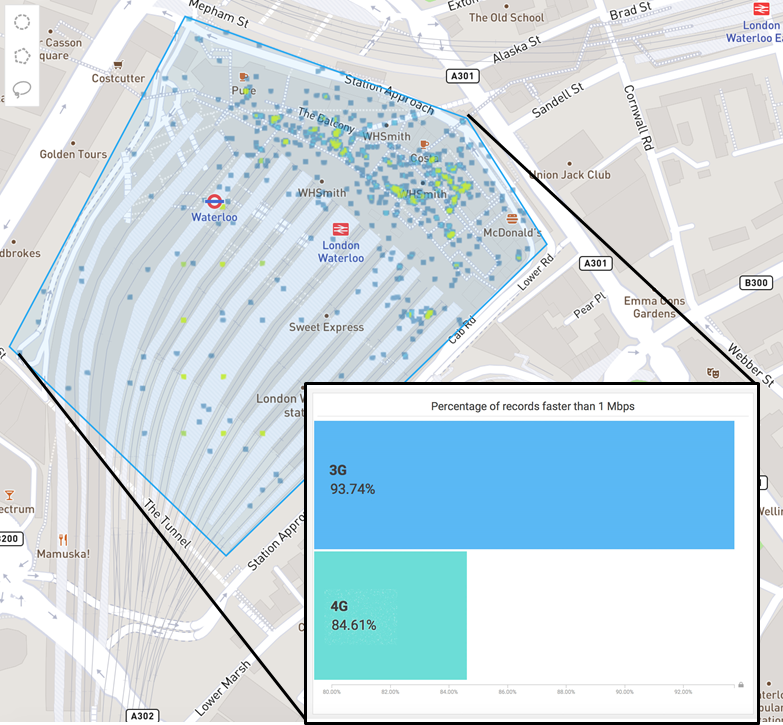 Although the average download speed for 3G and 4G is relatively similar for the operator, the percentage of tests slower than 1 Mbps is significantly higher on 4G. Depending on the nature of network congestion, some devices may still see an adequate throughput, while other devices are barely able to transceive any data. The 3G network, whilst not capable of the same maximum speeds as the 4G network, does not appear to be as heavily loaded as the 4G network, and therefore is able to provide an adequate connection to a higher proportion of users.

Obviously, this doesn’t mean that operators should rush out to expand their 3G networks — if anything, it demonstrates the need for 4G and 5G deployments to increase capacity! However, it does show that when looking at 3G sunsetting and spectrum refarming, operators should carefully consider the current network performance and what impact network upgrades and redeployments will have on their end users.