Worse-than average packet loss and jitter seen on our testing of 3’s network suggests that subscribers may be experiencing issues ranging from degraded online gaming and media streaming to issues with VoIP applications such as Skype. 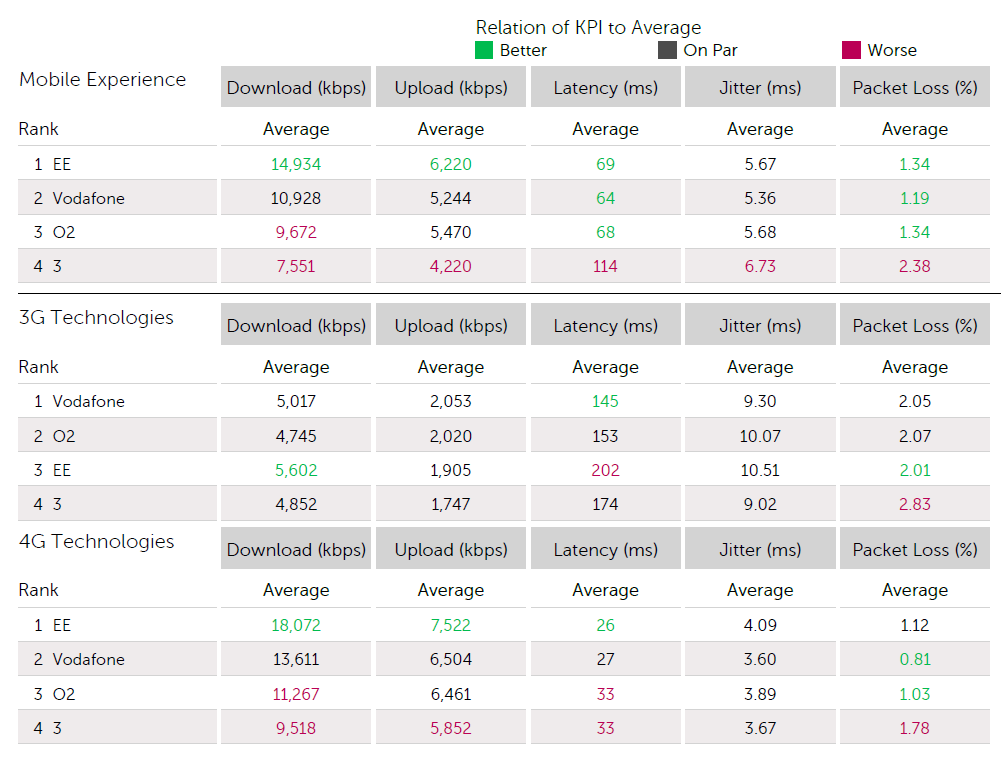 These symptoms are often typical of networks experiencing high network congestion or of network infrastructure in need of modernisation. Results are based on the analysis of over 118 million data records we collated between July 1 and September 30, 2017.

During this 91 day period we used a formula that consisted of download and upload speeds and latency, jitter and packet loss to assess the network performance of the UK’s four mobile network operators, 3, O2, Vodafone and EE.