Spain is undoubtedly one of the most popular summer hotspots, and not just for visitors but residents too. As locals head to the coast for a hard earned vacation over summer, our analysis shows a sharp increase in mobile data usage. We’ve taken a look at the real world network experience throughout Spain, and how increased data usage has impacted on performance.

Key findings from our analysis:

All findings and analysis were based on data collected from the criteria below:

To understand which mobile operators are performing best and why, we took more than 1.5 million mobile speed tests in July and calculated the average speeds users are getting through each network. We test mobile networks in a way that represents the day-to-day usage and experience of real-world mobile users, such as accessing websites or downloading and sending images (not the maximum potential speeds under test conditions), so we can see what a typical user is experiencing on any given network.

Our analysis showed data usage increased rapidly as the holiday season started, especially for those on the Vodafone network who have increased their average daily data usage by 32%. Our data also shows a similar, albeit smaller increase, for the other three leading operators in Spain, no doubt the result of people going away for their summer holiday to other parts of the country. 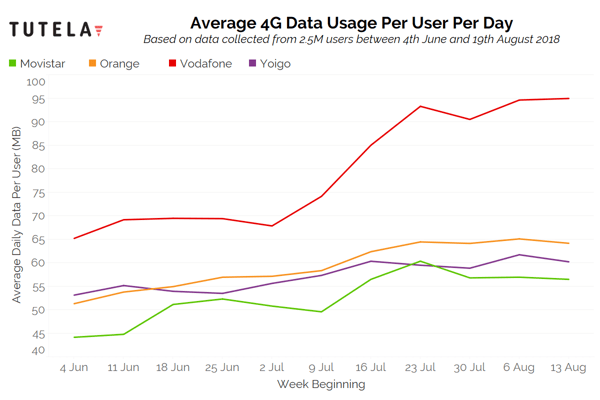 The impact on speed

These results echo our findings from Canada, where we analyzed wifi vs cellular usage, and found those connected to the Rogers network experienced the slowest average download speeds whilst consuming the most amount of data. 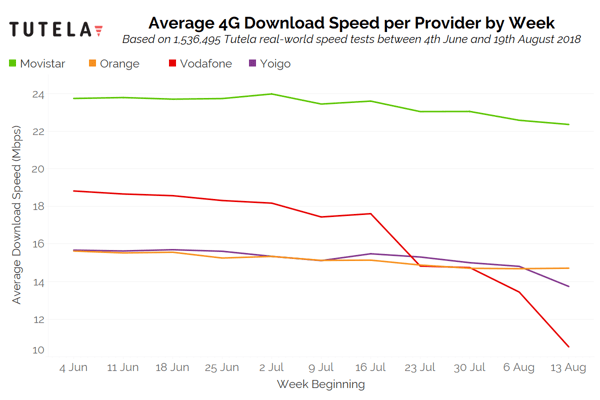 Our data shows the biggest drop in download performance in the key holiday hotspots of Spain. As residents travel to the coast for summer vacation, it’s evident they’re using more mobile data and less WiFi, impacting on network congestion and overall performance across all operators. 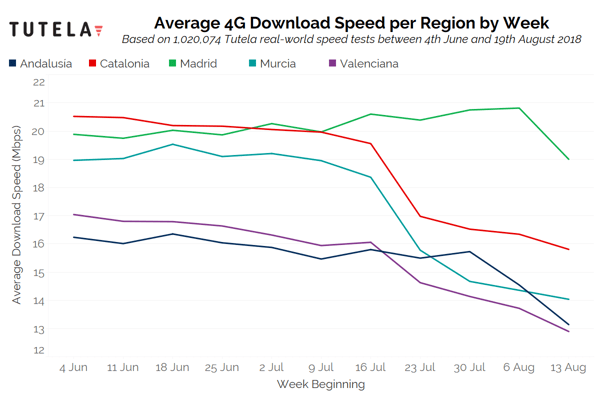 Discover more of our data insights for Spain, and across the world, by joining Tutela Insights today.