As some industries are seeing a temporary downturn in productivity during this time, others are finding ways to adapt and tend to their customers’ needs. This is particularly noticeable for the mobile industry across the world and in particular Mexico, with Telmex recently handing over the concession of 3.5 GHz band to Telcel, which should greatly step up the operator’s 5G progress.

In a bid to carve away a large portion of America Movil’s long-held dominance in Mexico, Telefonica back in November last year teamed up with US company AT&T to use some of their last-mile infrastructure in the country in the way of towers, antennas and fibre-optic cables.

This deal will not only give both companies more traction to beat out the stiff competition, but to also survive financially against rising debt that comes hand in hand with improving network infrastructures. Mexico’s watchdog, the Federal Telecommunications Institute, has also created free prepay plans available to all users signed to any of the three major operators in the country to ensure its people are able to keep in contact with loved ones during the outbreak. 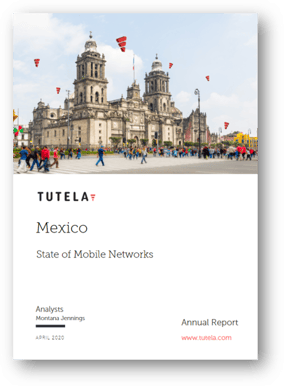