How coverage and deployment have improved over two years

Almost two years ago, T-Mobile began the process of deploying its newly-acquired 600 MHz spectrum nationwide. The company spent nearly $8 billion on Band 71 spectrum in an effort to increase its geographic coverage, adding a significant low-band holding to its mid-band and high-band arsenal, and giving it a potent weapon for nationwide 5G coverage.

To benchmark how much larger T-Mobile’s footprint has become in the last two years thanks to Band 71, Tutela has analyzed a year’s worth of data from T-Mobile users in the US, including over 21 billion LTE spectrum records. To quantify the coverage improvement, we looked at small areas (a quarter of a square mile), and analyzed which ones are covered exclusively by Band 71. We then compared that number to the number of areas in which T-Mobile has any LTE coverage at all, to see how much T-Mobile’s Band 71 deployment in each state has improved geographic coverage. 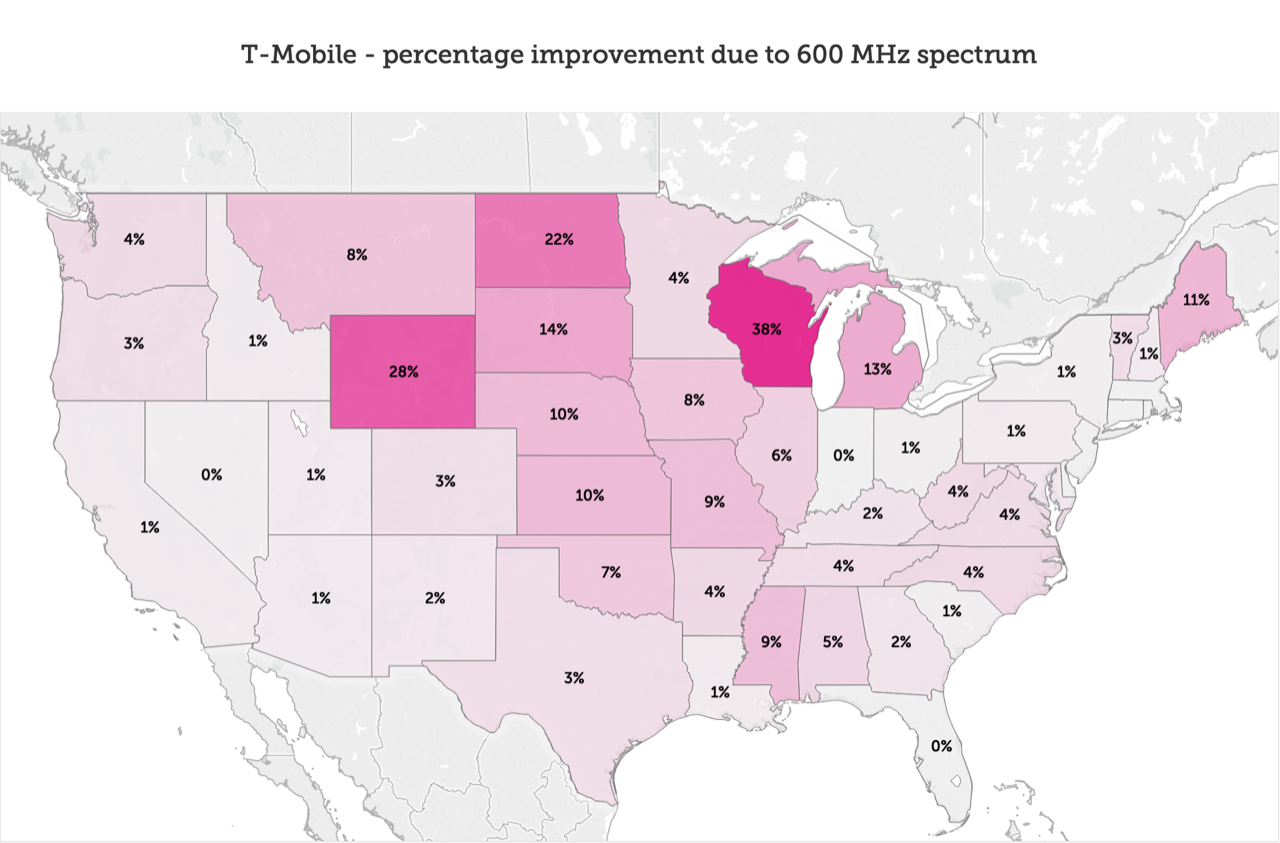 In addition to measuring the coverage improvement, Tutela’s data also allows us to quantify the infrastructure improvement. This graphic shows what percentage of cell sites in each state have Band 71 deployed. There is some correlation with the improvement in geographic coverage, but differences in the pre-existing coverage (and other deployed spectrum) mean that it’s not a perfect correlation. 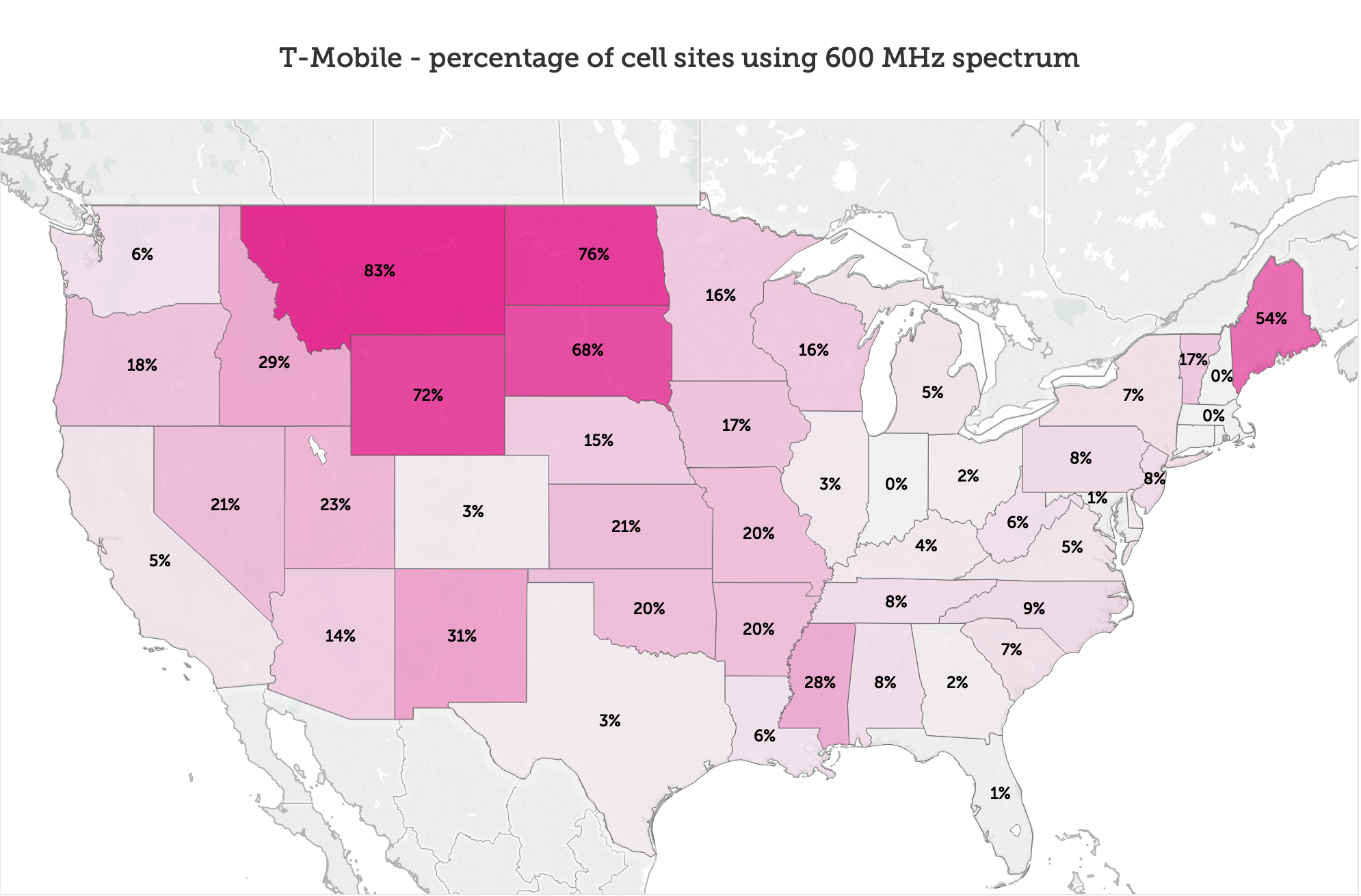 One obstacle for T-Mobile’s users is that it has taken significant time for Band 71-compatible devices to become common. Compatibility for the spectrum was only added in the most recent generation of iPhone devices, and while Band 71-compatible devices might make up the majority of new phones, it will take a multi-year update cycle until the majority of users can feel the full benefit.

The longer-term picture for user adoption is rosier when you consider T-Mobile’s 5G plans. The 600 MHz equipment deployed thus far was designed to be easily upgraded to 5G, and the operator has spoken publicly about how 600 MHz will be the base layer of its recently-launched 5G “cake.”

There is no denying that in specific areas the impact of 600 MHz has already been tangible and specific. Our methodology looks specifically at landmass coverage improvement and doesn’t capture the full picture of the benefits that Band 71 is bringing to T-Mobile subscribers with Band 71-compatible devices. For example, it doesn’t show the additional coverage inside buildings, where Band 71 penetrates better than mid-band spectrum; due to the relatively small number of Band 71-compatible devices in use, the coverage improvement may also not be comprehensively recorded.

By adding Band 71 to cell sites, T-Mobile doesn’t just improve its coverage, either; the additional bandwidth provided by the Band 71 deployment adds capacity and reduces the load on other spectrum bands. Tutela’s data currently shows that Band 71-capable devices see nearly-identical download throughput and latency results as non-Band-71-capable devices; however, as the nationwide rollout continues, the additional bandwidth should help mitigate network congestion in markets where the demand for capacity is the highest.