Between October 1 and December 31, 2017, we gathered over 37 million data records to assess network performance among Italy’s four mobile providers. By taking into account speed, latency, jitter and packet loss, it was clear that TIM provided the best overall network performance with good performance across all these areas. 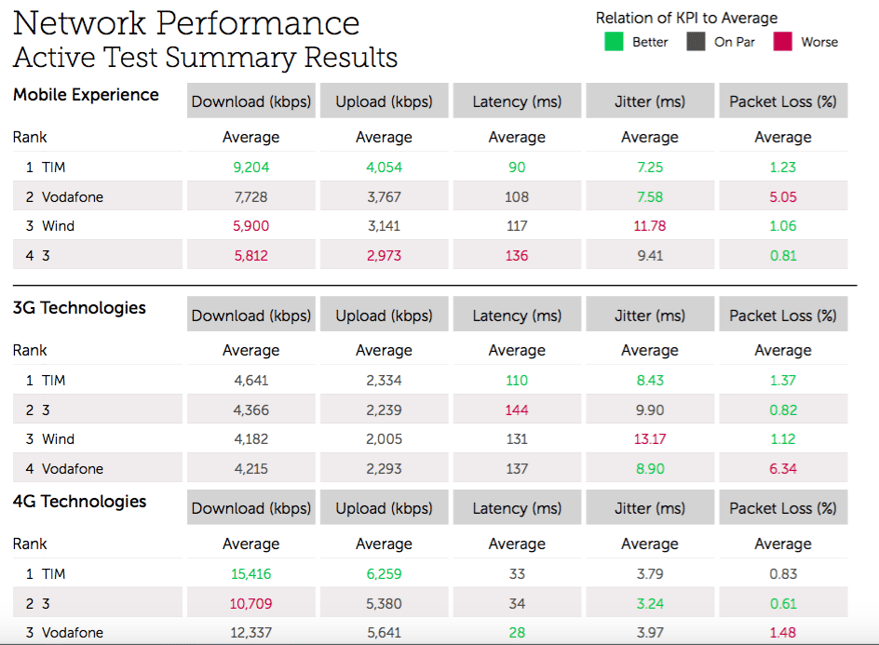 In contrast, the three network fell down on upload and download speeds and latency which could slow down the user experience. That said the three network did relatively well on packet loss performance in contrast to Vodafone which fell down significantly in this category.