EE has once again claimed the fastest-network crown in our average speed testing results across both 3G and 4G networks during August, September and October. 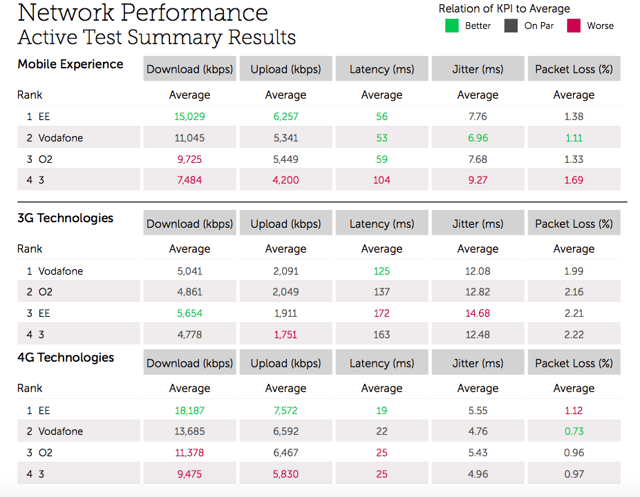 Vodafone underperformed EE on speed with a download speed of 11 M0bps and upload speed of 5.3 Mbps. That said it actually did better than EE in latency tests registering 53ms and average jitter scoring 6.96ms. It also had lower packet loss than EE. These results indicate that Vodafone may have invested more heavily in their core networks and/or improved connectivity to major content delivery networks.