Displaying the impact of Kyivstar's LTE network upgrades in Ukraine

Kyivstar recently announced it has expanded its LTE coverage to more than 75% of the country’s population. The network improvements will provide Kyivstar’s customers with much faster network speeds, allowing them to more reliably stream HD videos or make HD video calls, provided the customers have 4G capable devices. As recently as early 2019, Tutela’s data shows that the vast majority of Kyistar’s customers did not have access to LTE networks.

With the use of Tutela’s crowdsourced data, visualized in Tutela Explorer, the difference in 3G and LTE network coverage can be clearly and quickly visualized. As seen in the chart below, in early 2019, roughly 70% of records on Kyivstar’s cellular network was on 3G, negatively affecting their mobile experience and limiting them from using demanding mobile services. However, with the expansion of LTE coverage, the majority of Kyivstar subscribers now have access to LTE networks. Tutela's measurements were collected from Android and iOS smartphones between November 2018 and February 2020. The granularity and time period of Tutela’s data allows insight into the week-by-week change in LTE coverage, as shown below. 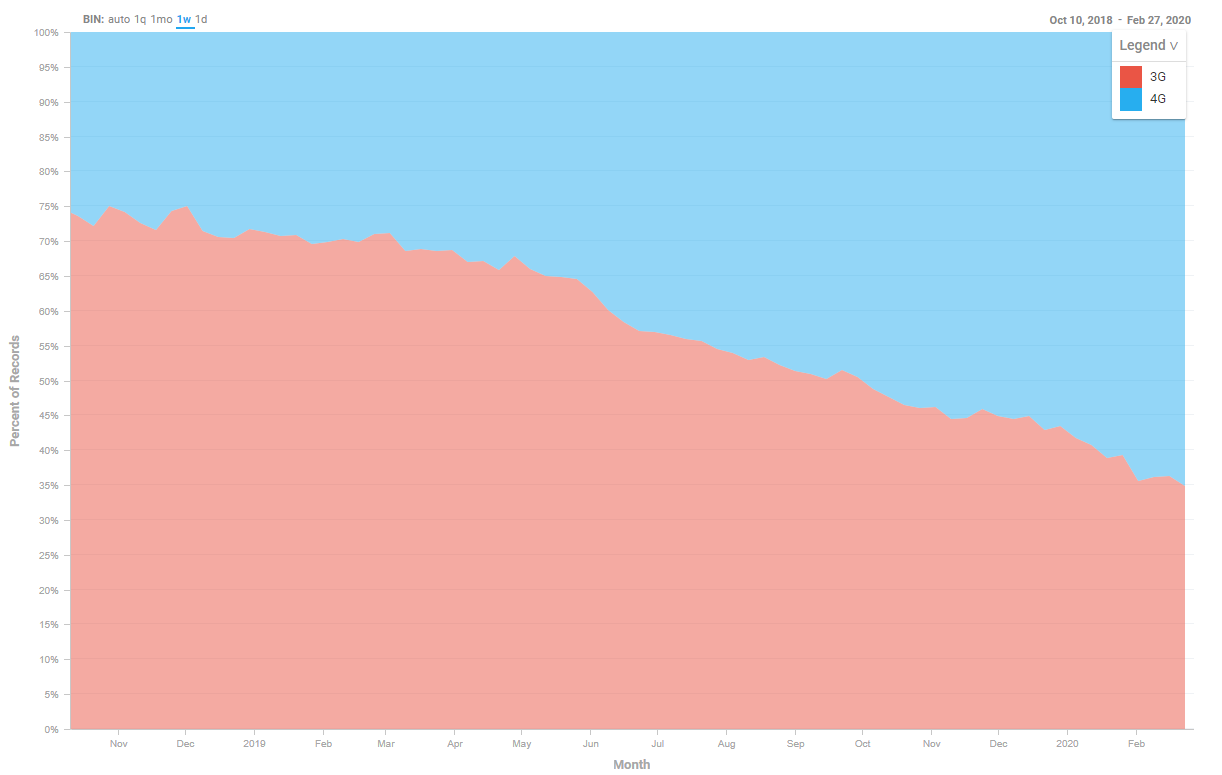 Additionally, with the use of Tutela Explorer, we were able to map and visualize the areas where LTE coverage was added. As seen in the first map, which analyzed records between January and March 2019, the vast majority of coverage was 3G -- represented by the red hexagons. By analyzing recent data recorded between January 1 and February 27, 2020, the difference in areas with 4G coverage, displayed with the green hexagons, is shown to be considerably better in the second map.

As a result of Kyivstar’s LTE network expansion, Kyvistar’s mean download throughput has nearly doubled from February 2019 to February 2020. Without a doubt, the expansive LTE improvements that Kyivstar has implemented have been successful, now offering the majority of its subscribers access to significantly better network coverage.