According to our crowdsourced data for the three months between May and July, Bell are leading download speeds overall across Canada, however there is some movement across the regions, as Telus overtake in Quebec and Freedom struggle to keep hold of first place for upload speed. 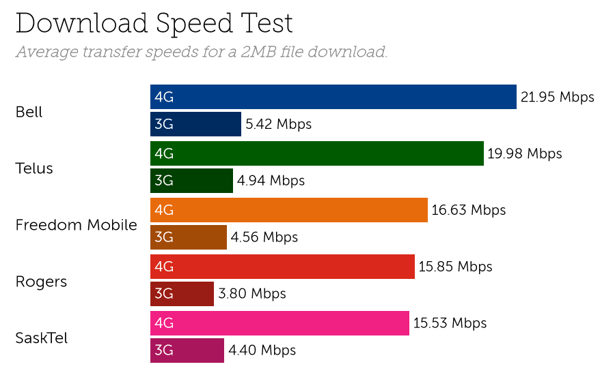 Results for our upload speeds all sit within 1.12Mbps, with Freedom leading the group averaging 10.42Mbps on 4G, closely followed by Telus and Bell, with Rogers and SaskTel bringing up the rear. In Alberta, Bell top our upload speed chart, as Freedom drops to 9.20Mbps speeds on 4G. Telus, who recently launched their new 'Platinum’ tier wireless plan to compete with Rogers, take the lead in Quebec with our highest recorded upload speed of 11.24Mbps. 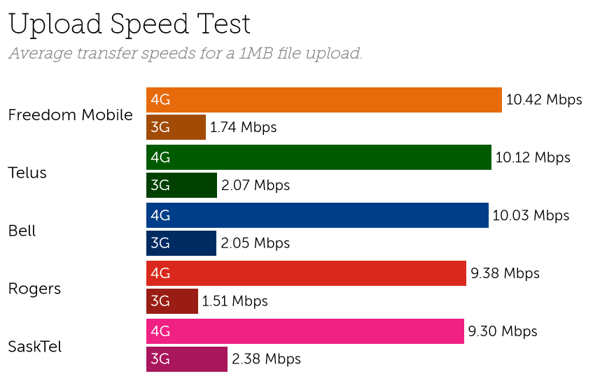 Freedom inch ahead on latency

Freedom also lead our latency chart, with average results of 23.7ms compared with second place Telus at 24.7ms. Freedom, who earlier this month announced the launch of VoLTE for a select number of smartphones, manage to keep hold of our top spot in both Quebec and Alberta, but Telus take the lead for latency in Ontario with results of 21.9ms on 4G. 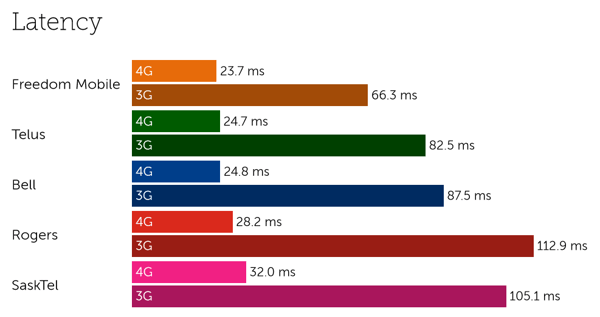 Our findings for Canada are based on 5.47 billion network quality measurements including 492 thousand speed tests between May and July 2018. Our latest complimentary Mobile Experience Report is available to download from the Tutela Insights portal.