Comparing mobile experience across the Nordics

The companies’ claims appear to be substantiated by Tutela’s coverage data. Maps of locations where Tutela has recorded tests show that Telia, Tele2, and Telenor have 4G coverage across every urban area in the country, the majority of the road network, and significant coverage in rural areas. Visually, Telia appears to have the most dense 4G coverage, with particularly strong performance in the north of the country. Telia will face increased challenges in the next two years, however, as Tele2 and Telenor have agreed to continue their network partnership into 5G, and have secured additional 700 MHz spectrum to enhance their existing 4G network.

Tre, the smallest operator in Sweden, still lags behind the competition on coverage. It has the fewest cell sites of any of the operators, and, as a result, has to rely more heavily on 800 MHz spectrum (which travels the furthest) compared to other operators. Its users also connect to 3G more often than users on competitors’ networks, particularly outside of major cities. 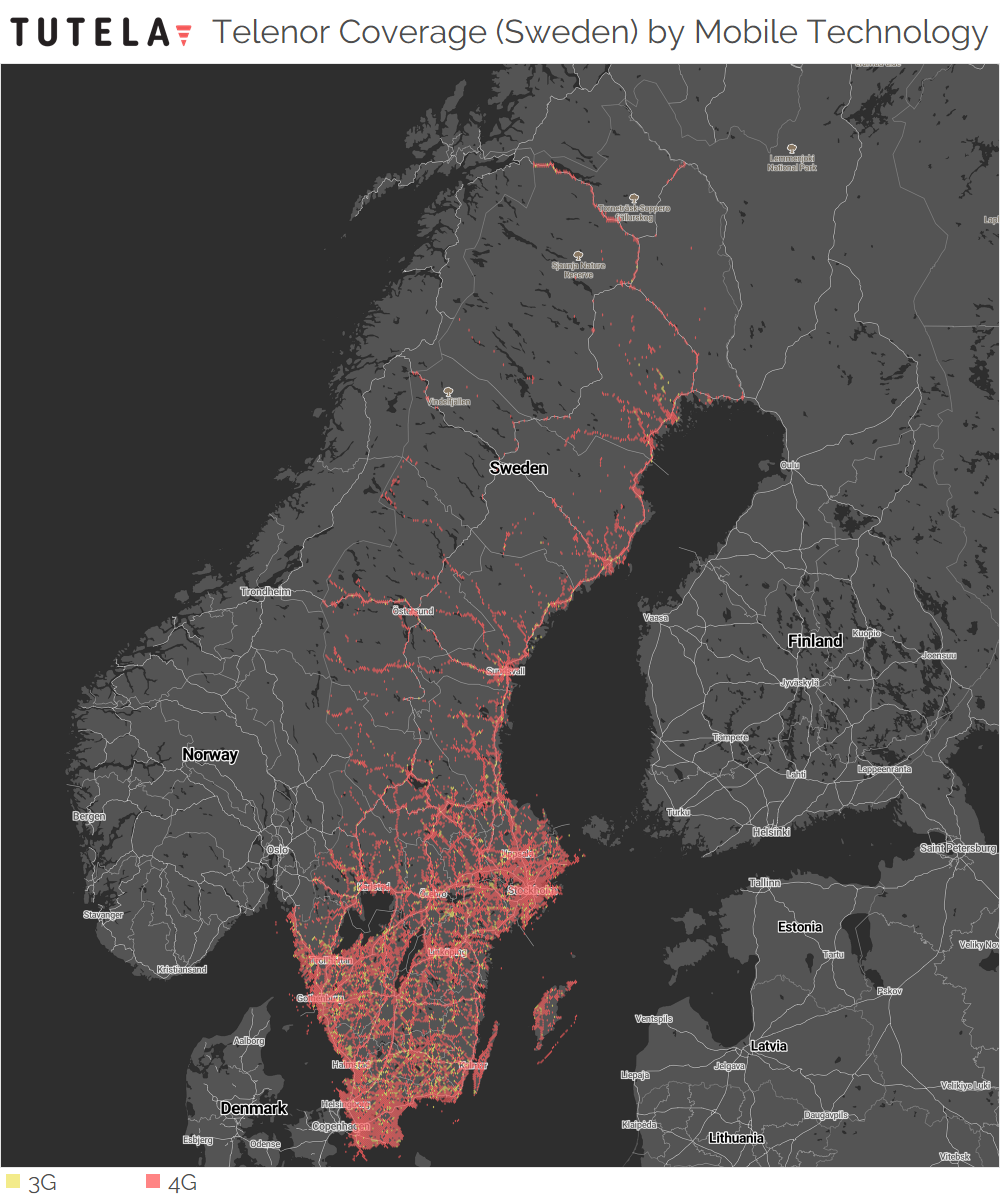 Denmark also has four MNOs, with two of them -- in this case Telia and Telenor -- sharing networks. As Denmark is a smaller, flatter, and far more population-dense country than its Scandinavian neighbours, we would expect to see a greater proportion of landmass covered by 4G, and that is indeed the case.

TDC leads in the coverage department, with a comprehensive blanket of 4G coverage only dotted with 3G availability in some rural areas. Telenor and Telia, as network partners, exhibit a near-identical coverage map. Tre is again in fourth place; not only does it have less network coverage overall, but it appears to rely much more heavily than other operators on its 3G network, including in some semi-urban smaller towns where 4G coverage would be expected. 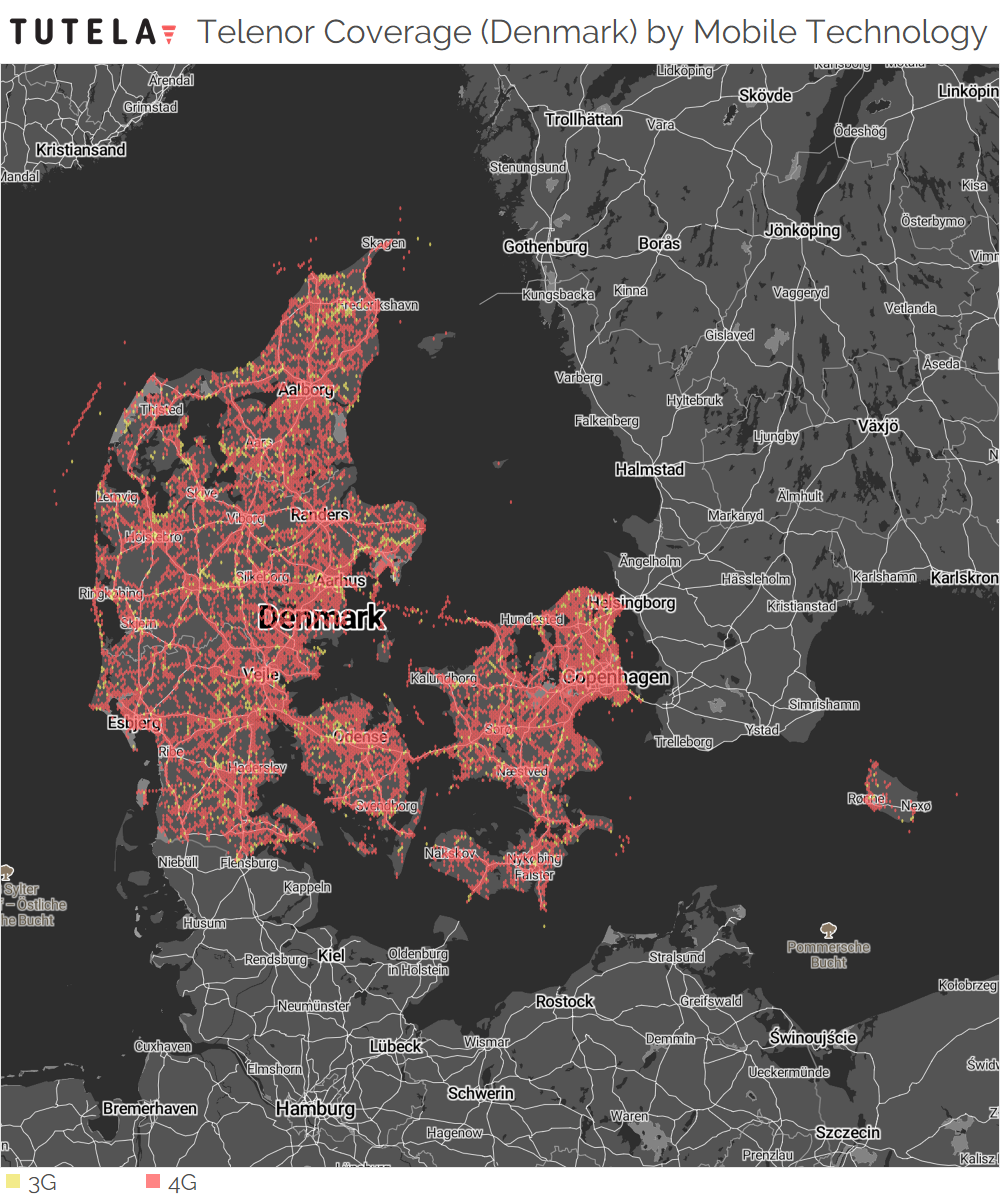 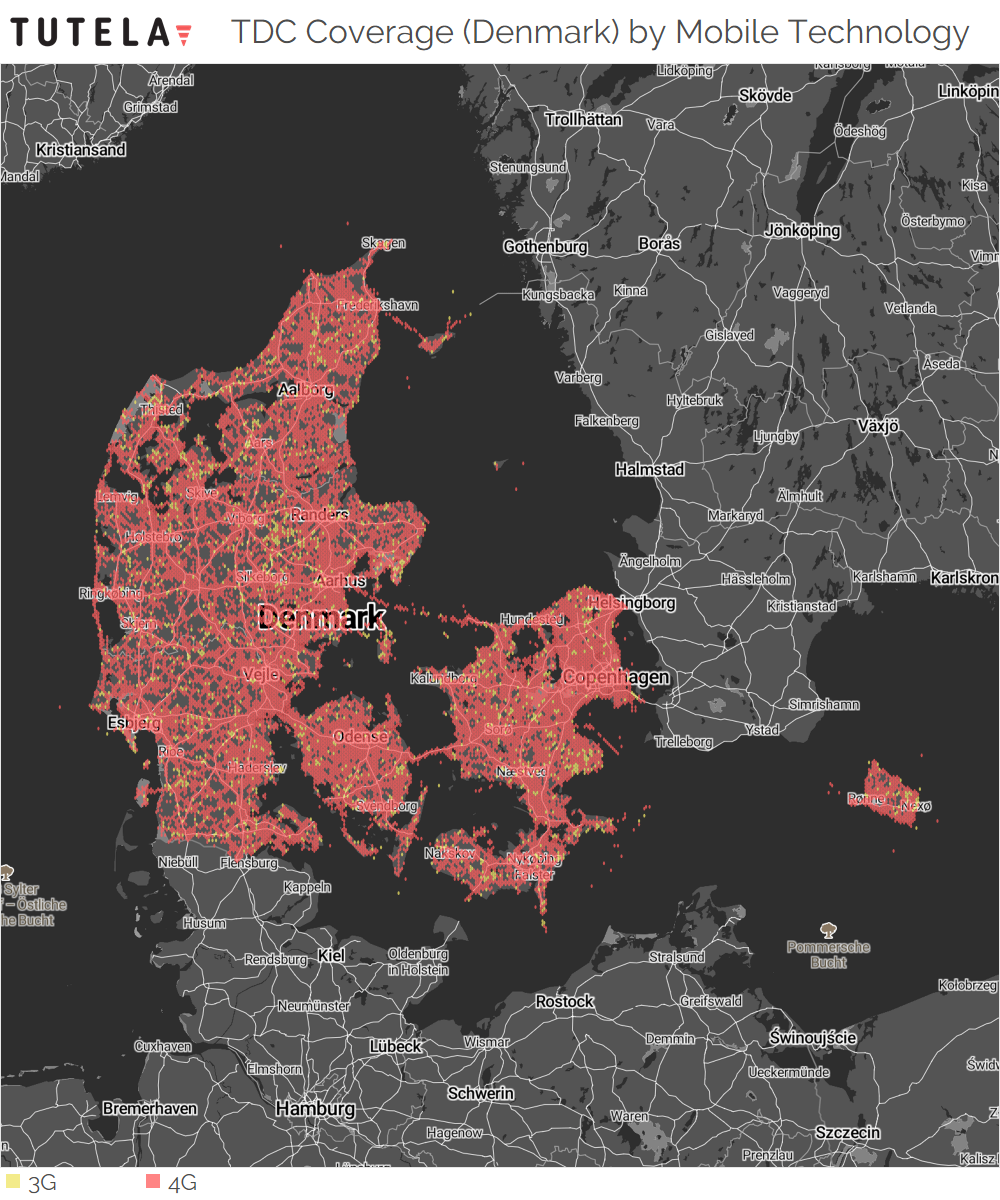 Norway has three mobile network operators, but only two with national coverage, namely Telia and Telenor. ICE is the third network, but it is much more recent entrant, having only started commercial sales in 2015. It operates its own 4G network in some regions of the country, most notably major cities such as Oslo and Bergen, and claims to cover around 80% of the population with its own infrastructure.

For users outside of ICE’s own coverage, the network has a roaming agreement with Telia. According to Tutela’s data, ICE subscribers are on Telia’s network around 1/3rd of the time.

When roaming on Telia’s network, ICE users do benefit from Telia’s superior coverage, although data speeds appear to be a little slower for ICE users compared to Telia users. ICE users see download speeds 17% slower than Telia users in the same areas, although the speeds are still far in excess of our consistent quality threshold.

Both Telenor and Telia have outstanding 4G availability across the rest of the country, and as a result, Norway had the highest percentage of 4G use of any of the Scandinavian countries (examined in more detail below). Norwegian operators have been particularly efficient about encouraging adoption of VoLTE, enabling subsequent refarming of 3G spectrum to 4G.

Although Telia and Telenor have a similar geographical coverage, Telenor has an edge in coverage (and consistent quality), particularly outside of urban areas. Although both operators utilize similar spectrum holdings, Telenor has significantly more cell sites, which gives it the edge. 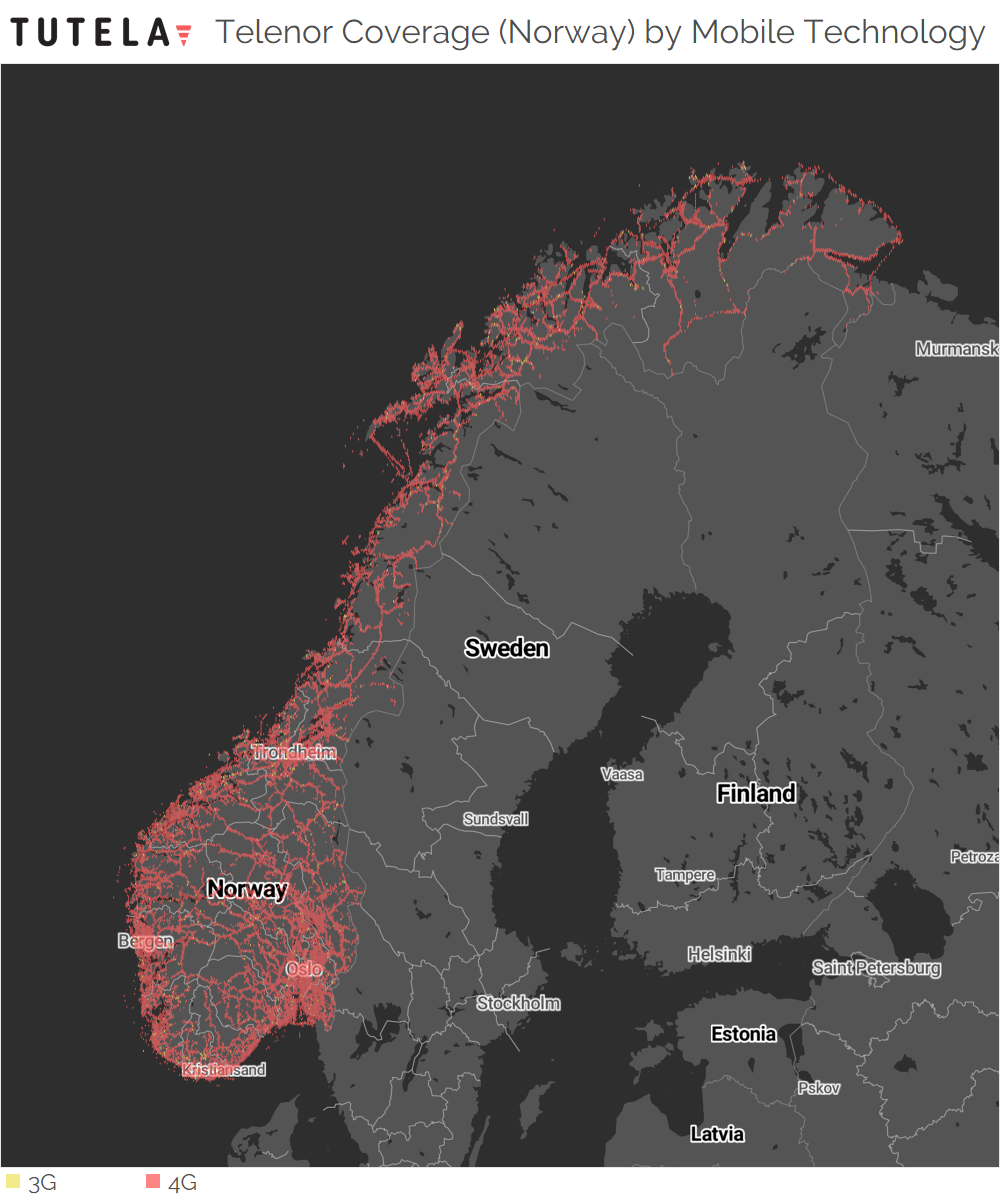 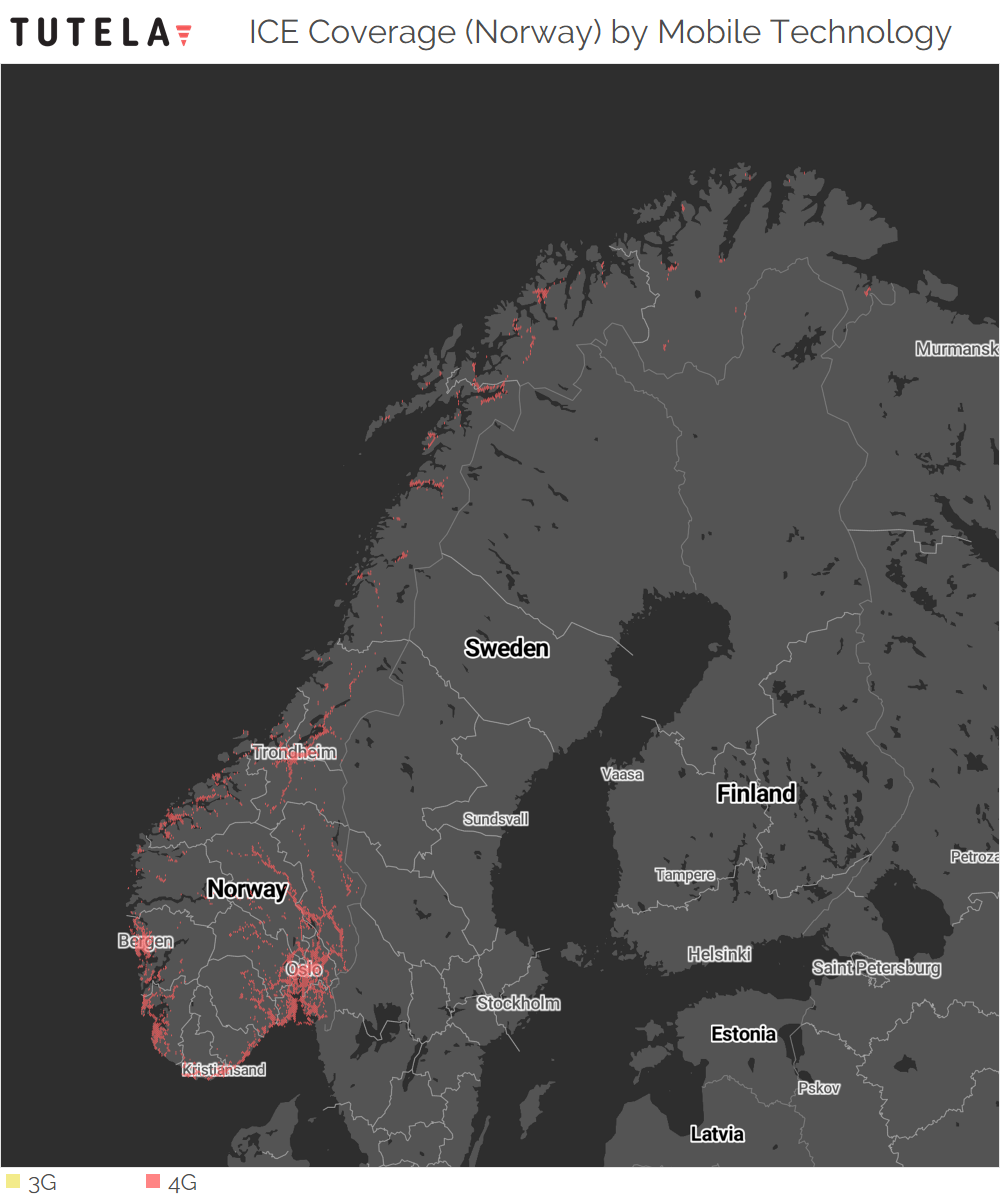 Like Norway, Finland has a sparse population served by three operators, although in Finland, there is more equity between the three operators’ coverage. DNA, Elisa, and Telia all have 4G coverage across the majority of the country, including more rural areas and major road networks.

Finland’s unique geography has also promoted a number of small regional wireless companies and cooperatives, which have roaming agreements with the major networks -- one prime example being the Aland islands. 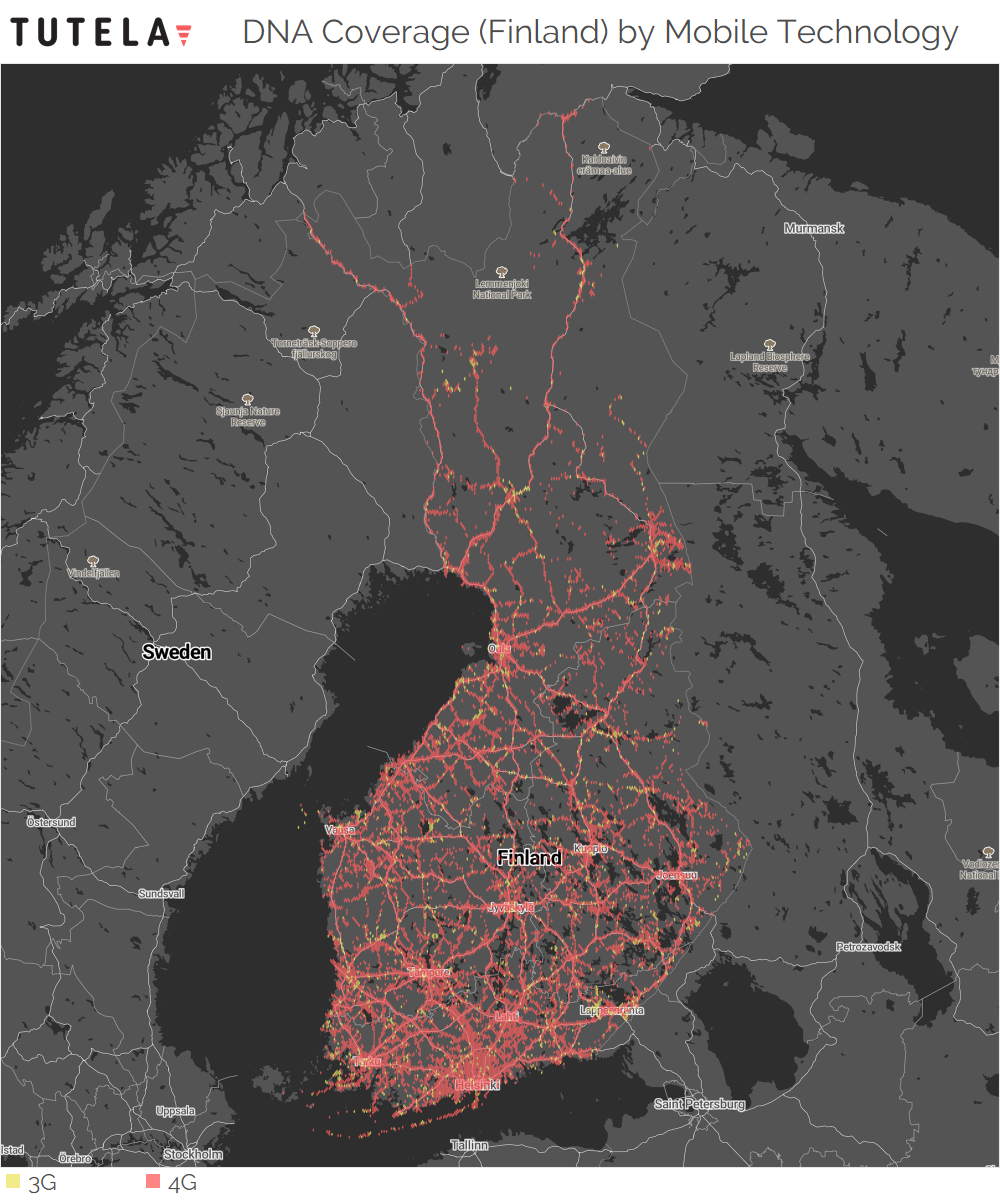 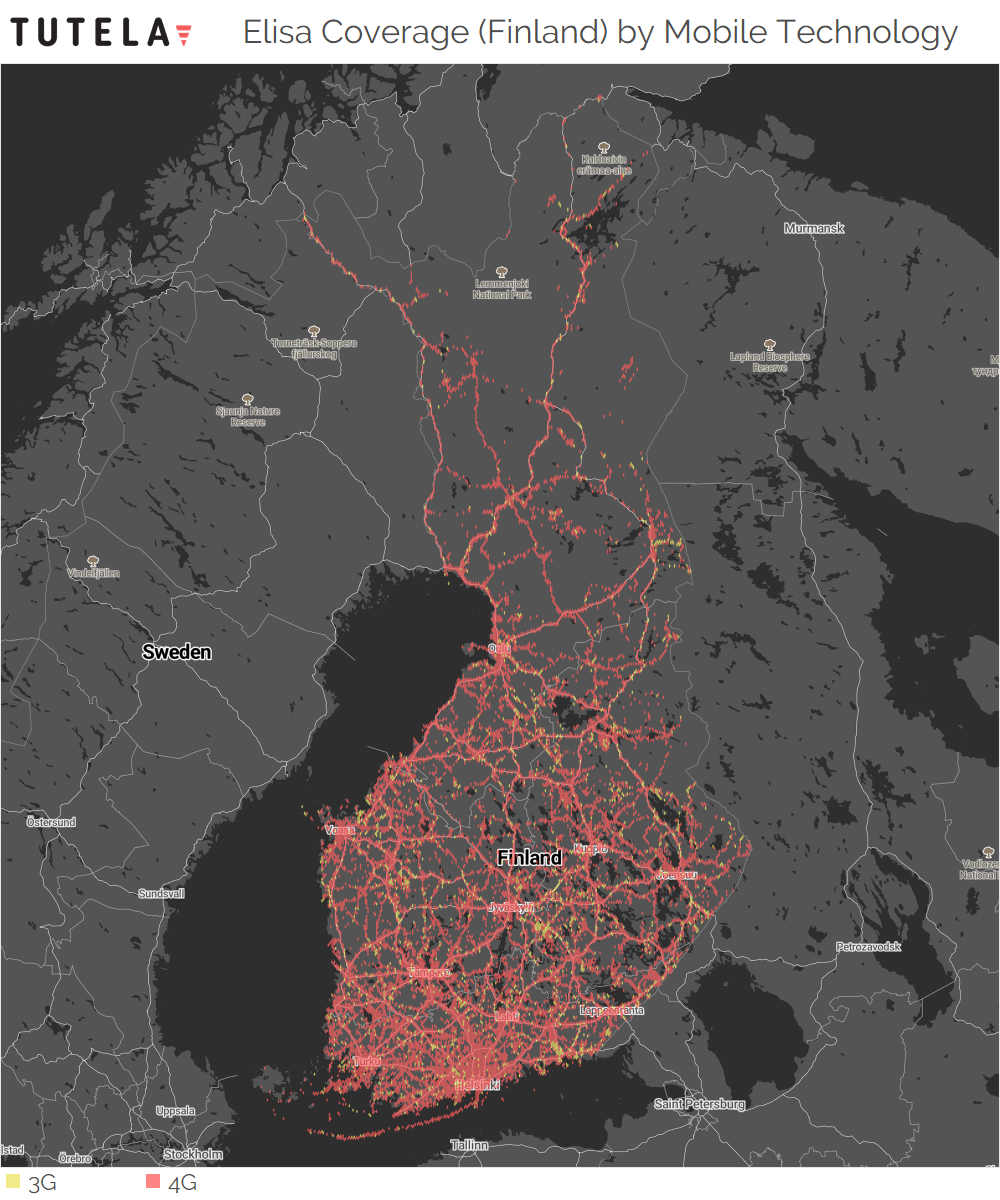 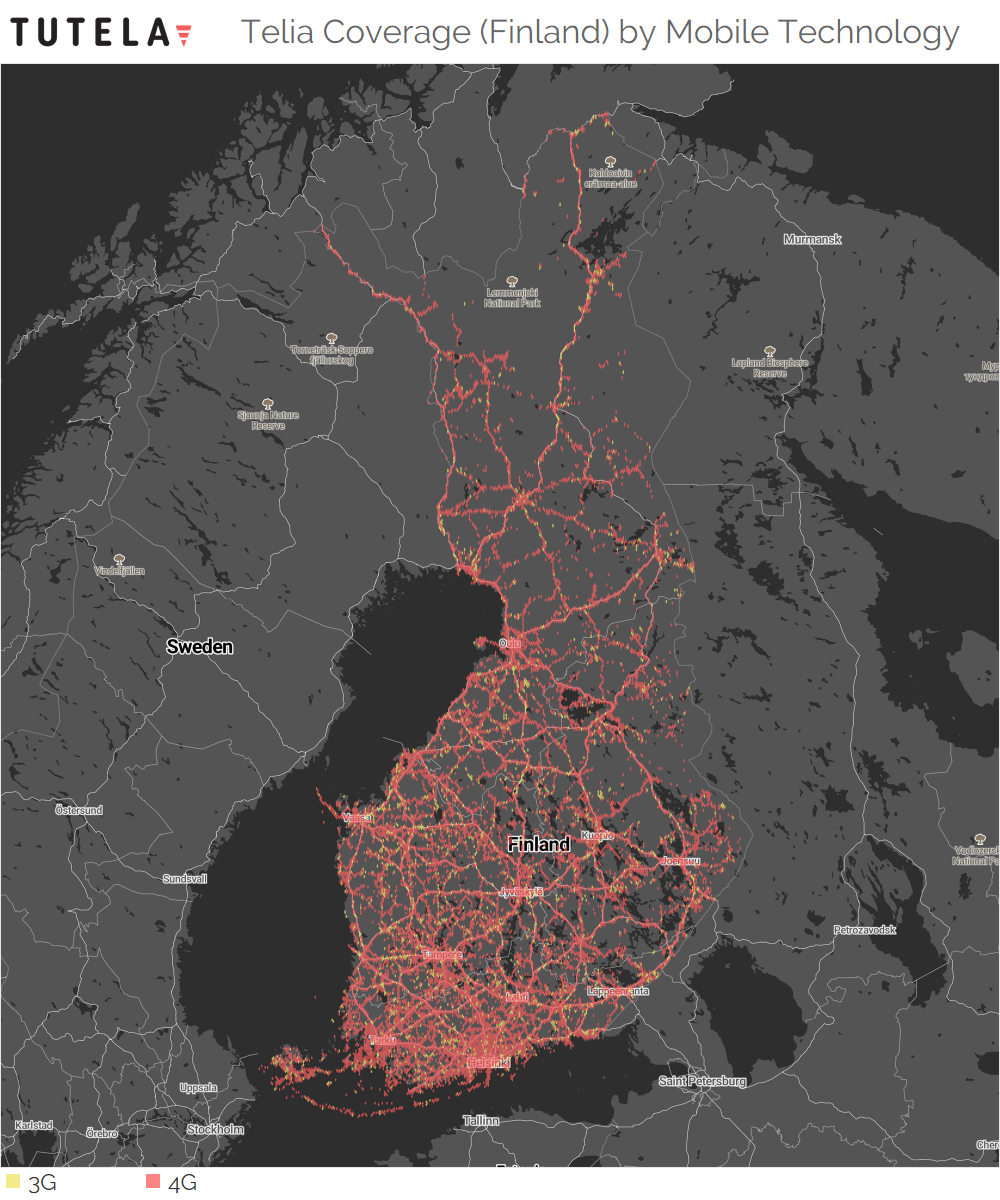